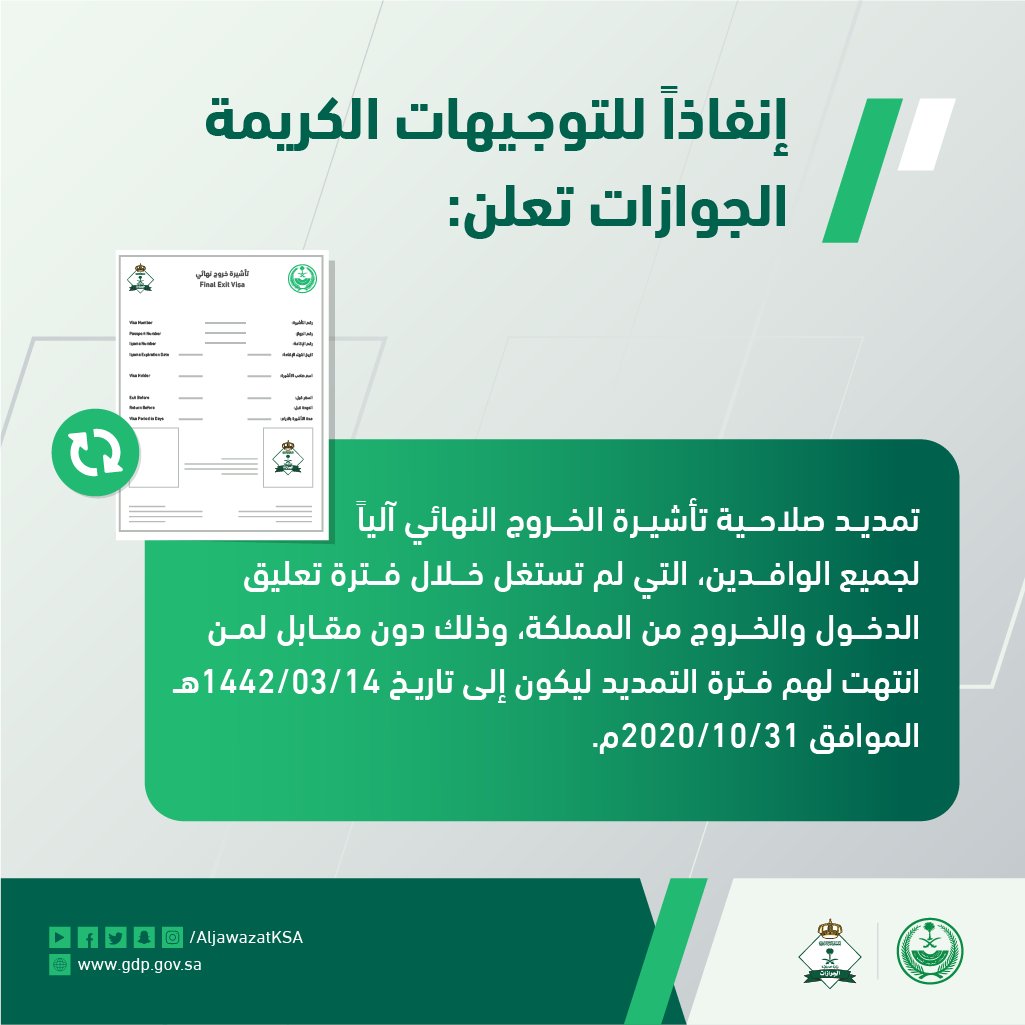 In Implementation of the Custodian of the Two Holy Mosques Directives, the Validity of Final Exit Visas Extended Automatically and Free of Charge

Riyadh, Oct 16, 2020, SPA — In implementation of the Royal directives, the General Directorate of Passports has started to automatically extend the validity of the final exit visas, which were not used during the suspension period of entry to and exit from the Kingdom, free of charge for all expatriates whose their extension period has expired, to be until 1442/3/14 AH corresponding to 2020/10/31.

This extension, which was issued by the Minister of Finance, comes among the continuing efforts of the Kingdom’s government to deal with the effects and repercussions of the global pandemic COVID-19, and among the precautionary procedures and preventive measures that guarantee the safety of citizens and residents to mitigate financial and economic impacts.

The Directorate indicated that the validity extension of the final exit visas for expatriates was electronically carried out in cooperation with the National Information Centre through the automated system without visiting the departments of Passports, where 28.884 visas were extended.
–SPA 19:15 LOCAL TIME 16:15 GMT 0011