Last November 3, 2012 The Acfil Youth organized a Holloween Disco Party at Casa del Quartieri, Via Morgari 14. At around 5 in the afternoon they gathered at Toretta and started decorating the area with typical halloween figures and within one hour only they transformed the place in a wild, scary dwelling place that gave a sense of unusual world beyond imagination. It was scary but looking funny too seeing beautiful and handsome guys entering the make-up room and coming out with undescribable countenance.

At the entrance there was a corner purposedly decorated for anyone who wishes to take a photo for remembrance of a once upon a time in a scary old place….whew!!! What an idea…so unique!The aperi-cena were being served too to every scary guest who comes in the kingdom of the otherworld while disco was on-going inside the dance hall. There was a competition too of the best Halloween costume opened for the every guest who comes in.

Everyone I guess enjoyed both young and old the unusual experience of dancing while seeing oneself in a scary attire. Finally 2 winners were declared for best in Halloween costume 2012, and after 30 minutes of extended disco before midnight just like every fairy tale stories every magic spell loses its power and everything gets back to normality. 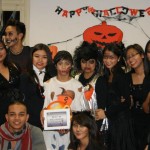 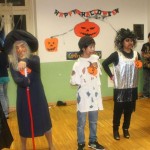 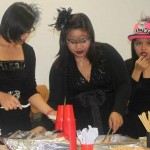 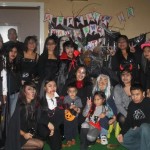 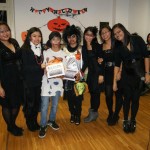 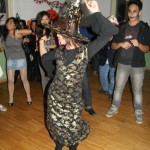