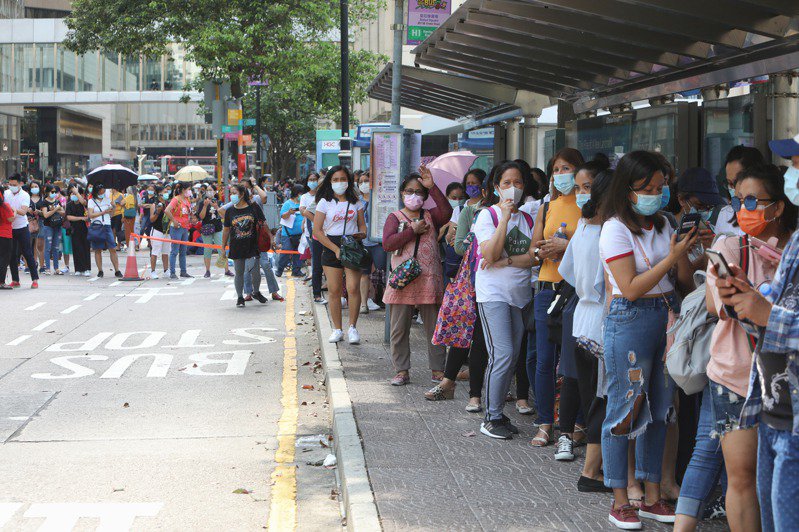 The University of Hong Kong’s research confirmed that the 39-year-old Filipino domestic helper living in Tung Chung who was diagnosed with a new type of pneumonia recently had the same genetic sequencing result of the variant virus as the first confirmed case of the variant virus in the community in Hong Kong. As for the virus genes of the Filipino domestic helpers in Kennedy town, it is different. Associate Professor Xiao Jieheng of the Department of Medical Technology and Informatics of PolyU does not rule out that Hong Kong has more than one chain of transmission of variant viruses.

Xu Shuchang, an expert consultant from the Hong Kong Government and chair professor of the Department of Respiratory System at CUHK, said that the two cases should be related. However, since the two have never been to the same place, it is likely that the Indian men caused an invisible transmission chain in the community. It is not surprising that the spread may be separated by a generation, but there is no chance of large-scale spread for the time being.

Radio Hong Kong reported that Xu Shuchang said that the variant virus is highly contagious, but because some people have no symptoms, it is difficult to find an intermediate spreader. He said that the Hong Kong government is currently compulsory testing of foreign domestic helpers and hopes to find some infected foreign domestic helpers. He also described the rapid response of the Hong Kong government this time, including compulsory quarantine of residents of the place where the Filipino domestic helpers live, hoping to reduce the risk of the spread of the virus. 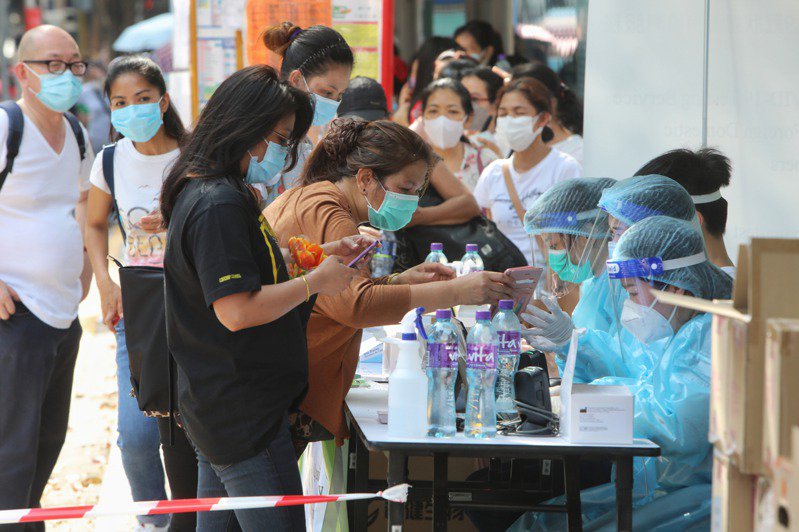 He also said that the Hong Kong government has suspended flights to Hong Kong from some foreign high-risk areas and stopped importing the source of disease. He believes that there is no urgent need to tighten other measures for the time being, and that Indian men have entered the community for more than 14 days, but there is still no large-scale community outbreak. I think there is no need to tighten social distancing measures immediately like reflection. Asked whether this case will cause a new wave of epidemics, Xu Shuchang believes that it still needs time to observe, including whether anyone will be infected in the place where the Filipino domestic helper visited in the next 14 days.

According to Ming Pao’s report, there were no local confirmed cases in Hong Kong yesterday, and all 8 confirmed cases were imported cases. The highly contagious South African new Corona variant virus strain is suspected to be circulating in Hong Kong. The first Indian man who brought the variant virus into the community and lived in Jordan. About half a month after the end of the quarantine, the Tung Chung Filipino domestic helper began to develop the disease.

According to the report, the mutant viruses of the two have the same genes, and it is not known whether the transmission relationship between the two of them or whether there is another invisible source that infected the two of them. The University of Hong Kong expert Yuan Guoyong believes that the current loopholes in the entry quarantine and quarantine measures are urged to test antibodies for people who have recently left the quarantine hotel and trace contacts to block the chain of transmission.

Tung Chung Filipino Maid Jordan, Indo-Chinese variants of the same virus strain must be hidden in the community

The first case of a double mutant virus with unknown origin in Hong Kong involved a foreign domestic helper who had no travel history. The government expert consultant and Professor Yuan Guoyong of the Department of Microbiology of the University of Hong Kong confirmed that according to the genetic sequencing analysis of the University of Hong Kong, the foreign domestic helper and Like the 29-year-old Indian man who arrived in Hong Kong from Dubai earlier and brought the mutant virus into the community, both belong to the South African mutant virus B.1.351. It is believed that the mutant virus has spread in the community, reflecting the entry prevention and quarantine measures. There are loopholes, sampling and detection may also have problems.

Yuan Guoyong said that the foreign domestic helper, like the 29-year-old Indian man, belonged to the South African variant virus, not the Nepalese virus strain that was transmitted in the fourth wave earlier. This reflects that there are problems with the external prevention and quarantine in Hong Kong. It is recommended that Hong Kong should be inspected and outsourced. The laboratory of the testing contractor, and random sampling to review the contractor’s reports of non-confirmed results, to reduce the chance of errors in testing.

to track the source of the variant virus. Yuan believes that the current large-scale testing of foreign domestic helpers cannot replace rapid and multi-layer contact tracking to learn how this chain of transmission started. He believes that all arrivals who have recently completed quarantine Hong Kong residents need to undergo antibody testing, especially those who are under quarantine at Ramada hotels.

Some people are asymptomatic and difficult to trace the communicator

Xu Shuchang, Chair Professor of Respiratory Department of CUHK, said that the two people’s whereabouts did not overlap. It is estimated that Indian men have caused an invisible chain of transmission in the community. It is not surprising that the two people spread indirectly.

He also pointed out that the variant virus involved is highly contagious, but some people are asymptomatic and will not be tested for the virus in the community, making it difficult to trace the spreader in the middle. The government is currently compulsory testing for foreign domestic helpers, hoping to find some infected domestic helpers as soon as possible. As for whether this case will cause a new wave of epidemics, Xu believes that it still needs time to observe, including whether anyone will be infected in the place where the Filipino domestic helper visited in the next 14 days.

Xiao Jiehang, an associate professor in the Department of Medical Technology and Informatics of the Hong Kong Polytechnic University, pointed out that the team also obtained the same result through virus genetic sequencing, and believed that it was necessary to track the whereabouts of the two. As for another Filipino domestic helper who was diagnosed with the N501Y variant virus earlier and lives in Sai Ying Pun, the genetic sequencing results are not the same as those of the Indian male and the Filipino domestic helper in Yingwan Garden, Tung Chung. She is more likely to be before arriving in Hong Kong. Confirmed, but not found during the hotel’s quarantine period.

For Indian men, there is only one variant virus, while Filipino domestic helpers were infected with two variant viruses at the same time. Liang Zichao, a specialist in respiratory medicine, believes that it has not been possible to prove that the two confirmed cases are directly transmitted. The Indian men have traveled after quarantine. Going to the community does not rule out the spreading of viruses during the process. Filipino domestic helpers may be infected as a result, and may also be infected with other infections in the community, and then infected with two variant viruses. This shows that there are some potential invisible variant virus patients in the community. The authorities are urged to find out as soon as possible The transmission chain in the middle, otherwise it is necessary to tighten the current epidemic prevention measures.