ALL FILIPINO CITIZENS ABROAD, not otherwise disqualified by law, at least (18) years of age on the day of elections, may now participate in Philippine national elections under the Overseas Absentee Voting Act 2003 (Republic Act 9189).

• For purposes at the 2013 national elections, qualified Filipinos abroad may vote for Senators and Party-List representative. The voting period is from April 13, 2013 until 3:00pm, Philippine time of May 13, 2013.

NOTE: Seafarers may file their applications AT ANY POST abroad or at any specifically designated areas Manila

Message From Ellene Sana of CMA:

March 26, 2012 -Today, we went to NAIA to deliver the OAV posters and OFW SOS flyers. We were received by Mr Dante Basanta, terminal manager of MIAA (Manila Internationnal Airport Authorities) — from his office. We were accompanied to the OFW pre-departure lounge where the OAV registration is done. They have two machines there for data capturing. 200 per day daw ang turn out so far.

OAV Registration is also conducted at Terminal 2 and soon in Terminal 3.

for OFW SOS flyers, we delivered 10,000 copies and according to Mr Basanta that will finish in less than a week! He will arrange for the counters collecting the terminal fees to issue the flyers as the boarding passes are returned to the passengers. He asks for more copies.

The oav posters on the other hand were sponsored by Ms Daphne Ceniza. 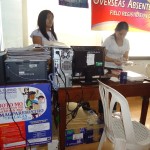 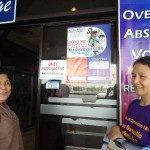 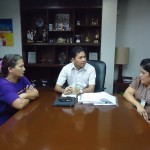 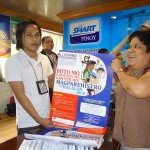 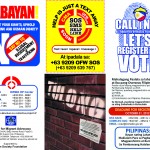 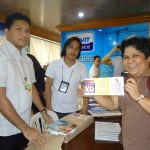